This affirmative action Newsmaker on October 27 should be exciting.  You are invited.   Read more

Location: Zenger Room
Will the Supreme Court End Affirmative Action?
Washington, DC – Abigail Fisher’s challenge to the University of Texas’s affirmative-action program returns to the Supreme Court, with supporters of racial preferences fearing a major loss. Constitutional law expert and litigator Andrew M. Grossman will speak at a National Press Club Newsmakers news conference to explain what’s at stake, what to look for at oral argument, and how the Court is likely to come down.
After being denied admission to the University of Texas in 2008, Ms. Fisher filed suit challenging the school’s use of race in admissions. The Supreme Court first intervened in 2012, when it reversed a lower court decision for the University and directed the lower court to hold the University to its burden of justifying its use of race. The lower court again found for the University, and the case is now back before the Supreme Court—surprising many legal observers, who expected the Court to decline review.
Court-watchers are now anticipating a landmark decision that could change the face of affirmative action—or even outlaw it entirely for public universities. According to insider accounts, the Court’s narrow decision in 2012 was a compromise that preempted a forceful opinion by Justice Anthony Kennedy, joined by the four conservative justices, striking down the Texas program. Some observers are suggesting that the Court’s decision to take the case again signals that a majority is prepared to put the race-based program to pasture and, in the process, set a new standard for affirmative action at schools across the nation.
Grossman will discuss the Court’s options. Although no party is seeking to overrule Grutter—the 2003 decision holding that schools can take account of race to achieve diversity in certain circumstances—the Court’s reasoning in addressing the Texas program could substantially narrow the circumstances where schools can employ racial preferences or even close the door on preferences altogether. Affirmative-action proponents, meanwhile, are seeking to steer the Court to consider narrowly whether the University of Texas was justified in using race given the diversity that it has achieved through race-neutral means.
Grossman practices appellate and constitutional law at Baker & Hostetler LLP and represents the Cato Institute, where he is also a visiting scholar, in the Fisher litigation. He has written and lectured expensively on affirmative action, equal protection rights, and the Fisher case.
This NPC Newsmakers news conference is scheduled for Tuesday, October 27 at 10 a.m. in the club’s Zenger Room, on the 13th Floor of the National Press Building, 529 14th St. NW, Washington, DC.
Like all Newsmakers events, this news conference is open to credentialed media and club members, free of charge. No advance registration is required.
Contact:
Tony Gallo NPC Newsmakers Event Host 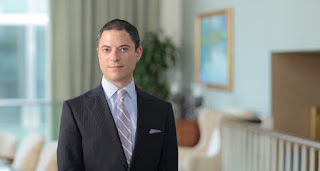